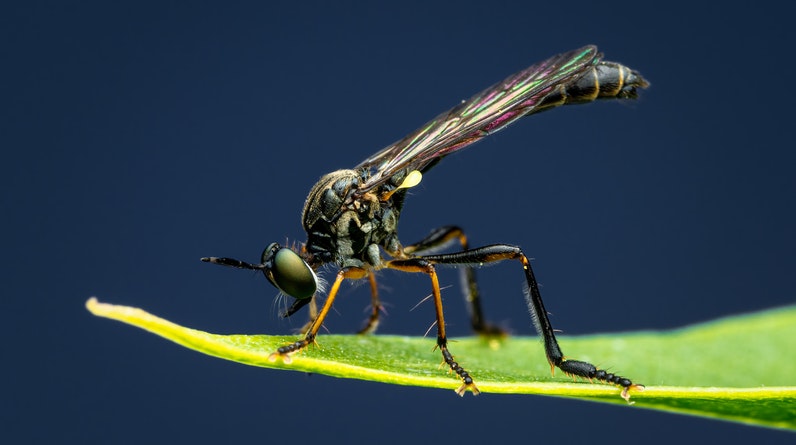 The majority of the time, poor care is to blame when a houseplant doesn’t appear to be in good health. Numerous issues with plants can be brought on by elements like excessive or insufficient light, heat, or fertiliser. However, a pest infestation may occasionally be the cause of the issue. Houseplants are a food source for a number of insects and pests. Most frequently, newly purchased plants or plants that have spent the summer outside bring these pests into the house.

Since it is nearly always simpler to prevent a pest infestation than to eradicate one, prevention is the best method for controlling insects and other related pests on indoor plants. There are several measures that may be performed to lessen the likelihood of dealing with a pest infestation of the majority of houseplants. 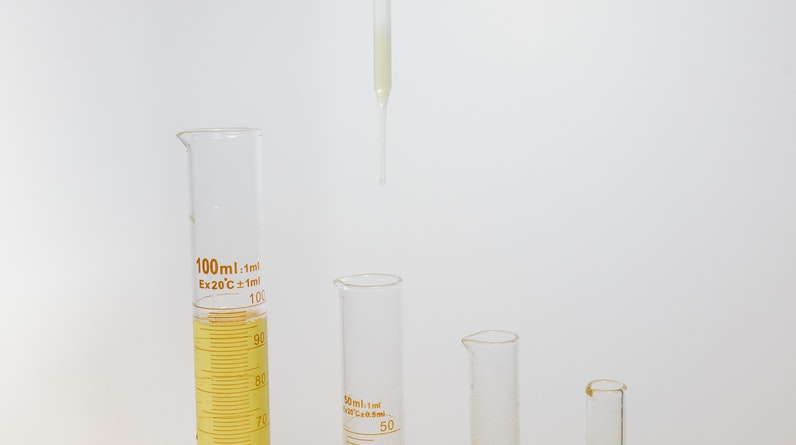 Isolating any plant that may be home to a pest is the first step in pest management. Once the pest is fully under control, keep the plant away from other indoor plants. This procedure could take a few weeks or longer.

There are a number of efficient control options to take into account before resorting to chemical methods to address a pest issue on houseplants. However, don’t anticipate that one application will be enough to address the issue. Some of these solutions call for the indoor gardener to be persistent, but they can provide effective management. 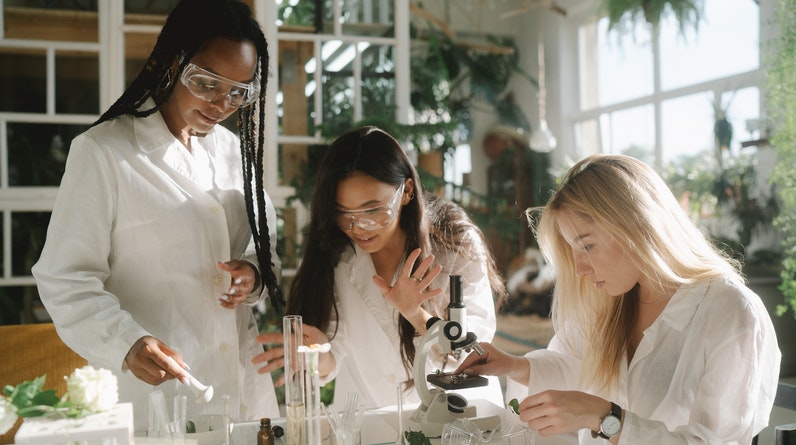 A stronger pesticide can be required if non-chemical management measures have failed and the plant is valuable. Accurate pest identification is crucial before selecting a pesticide. In general, a single pesticide won’t be effective against all pests. Certain insecticides are only effective against particular pests or specific stages of those bugs’ life cycles. Furthermore, it’s crucial to realize that pest control frequently requires many pesticide applications. Change the pesticide used from one application to the next whenever you can because some pests quickly acquire resistance.

Garden centers and farm supply stores sell insecticides for houseplants. There aren’t many pesticides that can be used indoors on houseplants. Make sure the label of a pesticide permits indoor usage before using it. You might choose to spray the pesticide on your plant outside before bringing it inside once it has finished drying. Make sure the weather is mild if you are treating plants outside. Spraying insecticides outside keeps overspray from coming into touch with carpet, draperies, or furniture.

Both a list of plants for which the pesticide is advised and a list of plants known to be sensitive to the pesticide are typically included on a pesticide label. Distortion of leaves and buds, yellowing of foliage, spotting of leaves or flowers, burn along the leaf edges, and total burn are all signs of pesticide damage to plants. When damage occurs, it frequently becomes apparent within 5–10 days, maybe even sooner. The plant is typically not killed by the damage.

It goes without saying that you should always read the label instructions and safety precautions before buying and using any pesticide. 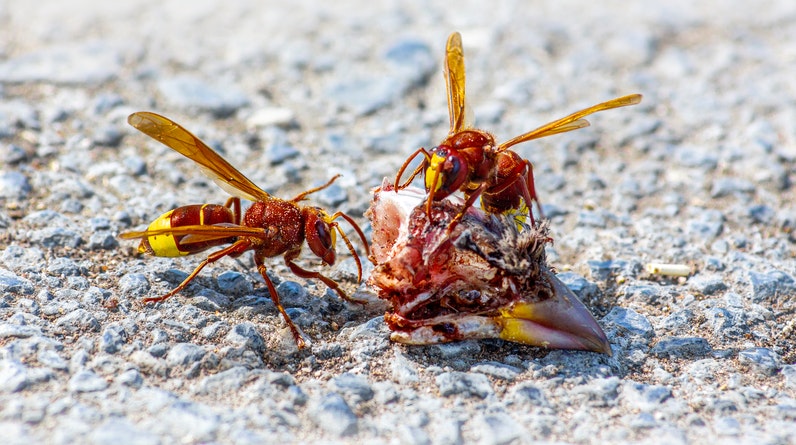 Aphids: Aphids are tiny, soft-bodied, pear-shaped insects that range in size from 1/16 to 1/8 inches. Normally green, they can also be pink, brown, black, or yellow. Because of their waxy coats, some aphids seem fuzzy or powdery. In adults, wings are optional.

Aphids are typically seen eating on the undersides of leaves or fresh growth. Some consume roots. They ingest plant sap, which causes the leaves to yellow and deform. Additionally, new buds may form malformed and growth may be impeded. A substance called honeydew, which is excreted by aphids as they feed, makes leaves glossy and sticky. On the honeydew, sooty mold fungus may develop, leaving ugly dark blotches on the plant’s surfaces.

Control: For smaller infestations, it may be feasible to handpick the insects, spray them with water, or wipe them down with a cotton swab dipped in rubbing alcohol. A spray made with insecticidal soap is another option. The treatment will typically need to be administered more than once. Spray insecticidal soap, neem oil extract, pyrethrins, imidacloprid, cyfluthrin, deltamethrin, or lambda-cyhalothrin on indoor plants that are brought outside to combat aphids.

Mealybugs are tiny, whitish insects related to scales. They are between one and four inches long and move very slowly. The eggs and the adult females are both covered in a white, waxy substance that gives them a cottony appearance. Some have filaments made of wax that protrude from their bodies.

From the eggs, nymphs (immature forms) emerge. The waxy covering starts to develop after they start eating. Nymphs resemble adults but are younger. Mealybugs’ wax coating helps them resist pesticides and makes them a little challenging to manage. Mealybugs are typically found on the axils and lower surfaces of leaves (where the leaf attaches to the stem). A particular species eats the roots. They consume plant sap, which stunts, distorts, and occasionally kills, the growth of the plant. Mealybugs emit honeydew, just like aphids do, which promotes the development of the fungus that causes sooty mold.

Control: You may get rid of small infestations of mealybugs by picking them out by hand or by giving them a quick wipe down with a cotton swab dipped in rubbing alcohol. Another option is to use an insecticidal soap spray. It could be necessary to remove the plant if there is a significant infestation. Spray pyrethrins, acetamiprid, imidacloprid, cyfluthrin, deltamethrin, or lambda-cyhalothrin on indoor plants that are outdoors to get rid of mealybugs. A soil application of imidacloprid granules will also control mealybugs.

Spider mites: Although mites are not insects, spiders and mites are more closely linked. Plant damage is generally the first indication of their presence because of how tiny they are. With more severe infestations, a silky web is frequently visible. 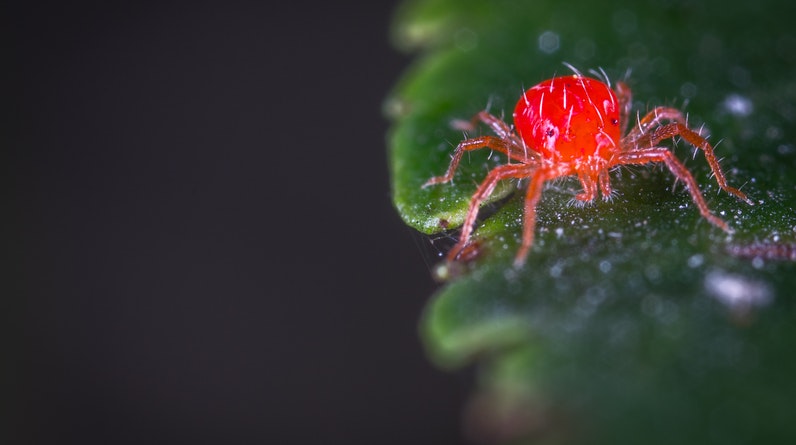 Spider mites harm plants by sucking plant sap, and both their adult and immature versions do so. The effects of the damage include light-colored speckling on the upper surface of the leaves and a generally faded appearance of the plant. If the mites are not controlled, the plant will die and its leaves will turn bronze or yellow. Spider mites are typically a bigger issue for indoor houseplants, especially palms and English ivy.

To get rid of mites and break up their webs, firmly spray strong plants with water, including the undersides of the leaves. Insecticidal soap can also be sprayed on plants. Spray insecticidal soap, neem oil extract, or an insecticide with sulfur on indoor plants that are outside. To control mites, it is frequently required to spray once a week for a few weeks.

Plants left outside in the summer may have less spider mite infestation. Make sure to initially arrange all indoor plants in a mostly shaded area because even plants that thrive in more sunlight may burn until they become used to the higher light levels.

Adult fungus gnats are about 1/8 of an inch in length and have a delicate look. They frequently can be observed flying or dashing through the dirt under a houseplant. They have poor flying abilities and are drawn to light.

Although the adults don’t eat houseplants, they can be bothersome to people. They are frequently observed in great numbers on surrounding windows in cases of heavy infestations.

The whitish larvae (immature stages) of fungus gnats can reach a size of 14 inches and have shiny black heads. The larvae typically eat rotting organic matter or soil-based fungus. Some species’ larvae will eat roots as well. Young plants are especially vulnerable due to this feeding. In older, established plants, the loss of the plant’s typical healthy appearance is the first indication of an infestation. Because larvae feed on a plant’s roots, a plant that is severely affected may lose its leaves.

When growing plants in potting soil that is rich in organic matter, such as peat moss, indoors, fungus gnats are frequently an issue. Particularly when overwatering happens, it becomes a concern.

Control: For plants that can stand it (i.e., the majority of indoor plants, particularly in the winter), let the soil dry out in between waterings. The larvae will perish under dry conditions. Avoid letting water stand in the saucer beneath planters for indoor plants, and invert saucers beneath outdoor plants to prevent rainfall accumulation. You can use products that contain strains of the biological pesticide Bacillus thuringiensis subspecies israelensis to treat the soil of indoor plants. Examples of brands and goods can be found in Table 1. For safe use, adhere to label instructions.